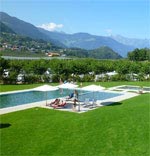 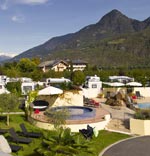 Val Venosta starts a little west of Merano, from the towns of Castelbello-Ciardes and extends to Passo Resia on the Austrian- Swiss- Italian border. Val Venosta is not very well-known as a tourist location but that is why it is perfect for those who are looking for relaxation, unspoiled nature and beautiful landscapes. It is a valley with a landscape that ranges from a Mediterranean climate with fruit trees and vineyards to imposing mountains and ice sheets.

Discover the campsites in Val Venosta.

In the summer, Val Venosta is full of colour! It is an ideal region for summer holidays as it has an average of 300 days of sun each year, offering wonderful days for hikers and biking enthusiasts. In the summer we recommend:

In Val Venosta you will find various ski areas for a total of 140 kilometres of slopes that you can enjoy with a single ski pass, the Val Venosta Ski Card.

The ski areas included are: 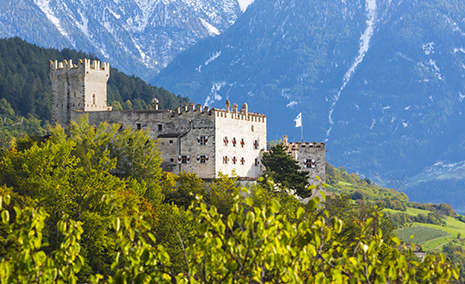 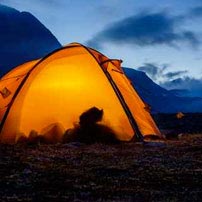 Get an overview of all Campsites in South Tyrol